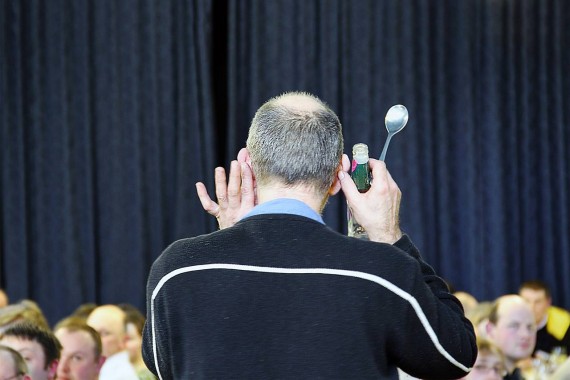 Martin was elected to the Board of the IBO in 2008, and the following year was chosen to be its President. I always suspected that he was not as quick on the uptake as the other members of the Board, and couldn’t find a spare chair when the music stopped. He embarked on his term as President with relish, even if, like me, he was baffled by some of the organ building practices prevalent in the UK.

One of the aspects of continental organbuilding which attracted us in the late 1960s and early 1970s was that the organ builders north of the Alps were designing and making new organs out of new materials. No rebuilds in other words. We were completely beguiled by the Organ Reform Movement. The organs which had inspired the builders of New College Oxford, where Martin went to work in December 1970, offered a new world.

By the time I became interested, introduced to Dutch organs by Nicholas Plumley while a pupil at Christs Hospital, more traditionally made organs, and also, historic organs were more beguiling than those made with modern materials. I noticed that the organ building workshops always smelled of real coffee and cigars, and have ever since been convinced that to be a real organ builder you need to drink real coffee. The cigars didn’t seem quite so important somehow.

I can remember visiting the mediaeval church at Olpe in the Sauerland in Germany, the year before we made our organ in the adjoining village of Rehringhausen, in 1996. It had a Klais organ, newly made in 1958. It was not the most beautiful organ, either visually or aurally, but it was self-confident, and made entirely of the new materials (in which people had a somewhat misplaced faith). The previous year we had completed the organ at St Helen Bishopsgate after the St Mary Axe bomb had put the church and organ out of use. It too had been worked on by an organ builder in 1958, but in this case only the console and some elements of the case and voicing were new. The contrast was obvious.

It has to be said that our conviction that the small neo-classical organs which we were making with Grant Degens and Bradbeer and Hendrik ten Bruggencate were the future has proved not to be the case. Our future has been more the restoration and reconstruction of historic British organs, underpinned by the Heritage Lottery Fund. Our faith in the British historic classical organ has proved durable, but mostly in restorations rather than new organs.

Nonetheless our portfolio of skills has proved to be essential to our success as a firm (or perhaps I should say, our longevity). By the time Martin joined the Board of the IBO, we recognised that the British organ building industry was much reduced, and that it would become more and more difficult to train professional organ builders. Indeed, we joined this new organization in 1996 precisely because we wanted to join in the new phase in British organ building, encouraging ourselves and others making and restoring organs in this country, to the highest standards, and with the greatest respect for the old instruments.

That was Martin’s chief preoccupation in his final years. He has had a good life in organ building, but he was oppressed by the thought that the trade from which he had got so much pleasure and to which he gave his professional life was declining further. One way to make sure that organs continue to be used is to make sure that they continue to work.

Martin saw organ building as a community rather than a number of individual competing businesses, and believed that professional skills should be disseminated as widely as possible within it. Goetze & Gwynn were founder members of the Institute of British Organ Building, and meetings at their workshops have always been characterised by an emphasis on practical training sessions, especially in metal pipe making and conservation disciplines. In due course Martin served on the Board of the IBO, latterly as President, where he championed the development of a standardised national apprenticeship scheme and qualification, provisionally to be based at the Newark College of Musical Instrument Crafts. Even when his term as President came to an end he remained an active member of the training sub-committee, generously hosting its meetings at his home in Retford and tirelessly supporting its negotiations with government departments, quangos and other assorted acronyms. There could be no more appropriate way of acknowledging his invaluable commitment to this cause than to establish an award fund in his memory for future generations of apprentices, as has been proposed.

Because Martin’s professional life was so focused on restoration and conservation, he was an instinctive and meticulous record-keeper and archivist, and this was reflected in the quality of his regular contributions to the IBO’s quarterly Newsletter and annual Journal. His copy was an editor’s dream: invariably on time, succinct, error-free and accompanied by plentiful and helpfully-annotated illustrations. Not for Martin a meaningless automatically-generated sequence of numerical file names: his photographs would all arrive with their own customised captions such as “John Norman sells a sofa”, “This is what we call a pipe foot” and “Is there a pate in the house?” These are indicative of his most endearing qualities – a wry outlook on the world and mischievous sense of humour – for which he will be most greatly missed by those of us who were privileged to know and work with him.

I very much enjoyed working with Martin. During his time as President we worked closely together; despite his illness during the second half of his term, he ‘checked in’ for an update and a chat on a weekly basis.

I will miss his dry wit and his sense of fun – his skills with a swanny whistle during the IBO Newcastle Meeting and demonstrating origami with a tea-towel at the IBO Norwich Meeting being two notable memories!

At meetings with Government departments and quangos (relating to the setting up of a national apprenticeship scheme) he successfully masked his exasperation with the slow rate of progress, smiling wryly at their use of often quite meaningless language full of numerous acronyms.

His mission was that all those who wanted to pursue a career in organ building should have access to the best quality training across all aspects of the craft and I hope that this ambition is realised on his behalf.