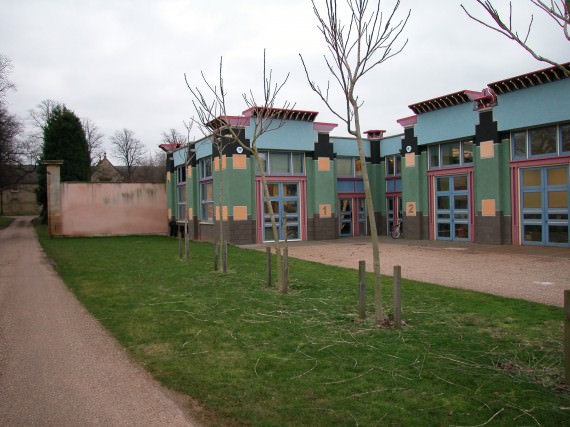 The firm was set up by Martin Goetze and Dominic Gwynn in September 1980, to start with in a small workshop in Northampton, and from March 1985 in a purpose-built workshop at Welbeck near Worksop in North Nottinghamshire, on the northern edge of Sherwood Forest (S80 3LW UK). The aim has always been to work with a small team of committed organbuilders, flexible and with a complete range of skills.

The original directors had a particular interest in classical organs with mechanical key and stop actions, and in re-creating the musical culture of the past. That is changing as a new team takes over. At the moment Dominic Gwynn is still working, following Edward Bennett’s retirement and we have been joined by Robert Balfour Rowley, who replaces Edward as a Director. Rob’s particular interest is in the theatre organ, though his interests and experience in the organ world is wide.

The workshop is part of a group of craft workshops at Welbeck, provided by the Harley Foundation http://www.harleygallery.co.uk/foundation/ a charitable trust set up with a legacy from the 7th Duke of Portland. It was designed by John Outram hhttp://www.johnoutram.com/welbeck.html . We are fortunate to be working in beautiful rural surroundings, in a modern workshop, surrounded by some of the finest craftspeople in the country https://www.harleygallery.co.uk/harley-studios/.
We are committed to training the next generation of organbuilders. We have trained six English organbuilders, Stuart Dobbs, James Collier, James Mattheson, Joseph Marsden, Abigail Balfour Rowley and Chris Davies, one Australian, Timothy McEwen, and provided further experience for eleven young German, Swiss, Latvian, French and Spanish organbuilders. 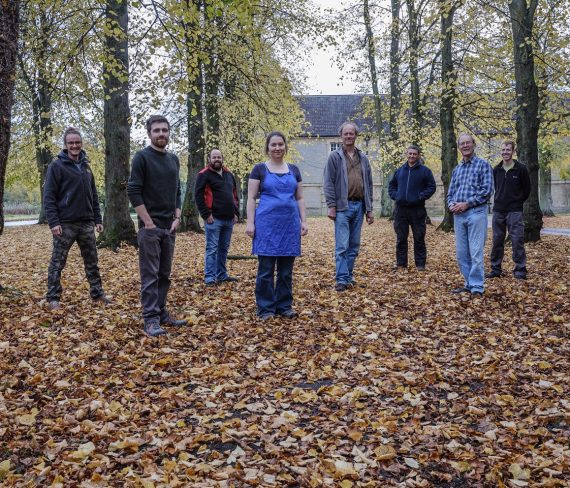 There were for many years three directors, Martin Goetze, Dominic Gwynn and Edward Bennett, and usually three or four other craftsmen. Martin Goetze died in September 2015. In July 2020 Robert Balfour-Rowley  joined Dominic Gwynn as a director, and in August 2021 Edward Bennett retired. The directors are full time organbuilders. They share responsibility for the design, supervision and finishing of each project, though the advantage of a small firm with a committed staff and experienced directors is that much of the responsibility is shared. Since January 2009 we have been assisted in the running of the business by Emma Hagen.

Edward Bennett studied organ at the Guildhall School of Music in London, started organbuilding with Grant, Degens and Bradbeer in Northampton in 1971, and gained further experience with Hradetsky in Austria and at the Sydney Opera House in Australia, and with Peter Collins before joining the firm in 1985. He is now organist at St Anne’s Worksop. Edward retired on 18th August 2021, his 73rd birthday!

Martin Goetze started organbuilding with Grant, Degens and Bradbeer in Northampton in 1971, and further with Gabriel Kney in London, Ontario in Canada, before starting the firm with Dominic Gwynn in 1980. There is now a page within the website as a tribute and dedicated to Martin’s work: https://www.goetzegwynn.co.uk/martin-goetze/

Dominic Gwynn studied Modern History at St John’s College, Oxford and started organbuilding with Hendrik ten Bruggencate in Northampton in 1976, before starting the firm in 1980. He is researching and writing a book on organbuilding in early modern English society and culture.

Chris Davies joined us in January 2016 as an adult trainee. He is from Rossington, South Yorkshire, a friend of Joseph, who has trained him in all the different elements of organ building and restoration, through the whole workshop. Chris is also a tuba player with Armthorpe Elmfield Brass Band. Chris has worked as a car mechanic, specializing in classic cars.

Abigail Balfour-Rowley returned to Goetze and Gwynn in October 2020 having left us in January 2018 to join her husband Rob. Abi joined us as a trainee organ builder in January 2013, after a degree in Psychology at Lancaster University, organ playing at Lancaster Priory and tuning with David Wells in Liverpool. She has worked in all parts of the workshop since then, and particularly voicing and tuning. She has voiced our reeds, with Martin in the last years of his life and on her own in the last two years.

Robert Balfour-Rowley came to organ building via a roundabout route. He trained at MANCAT in Manchester as an electronic engineer after leaving school in 1995. During college Rob volunteered with an amateur group the Lancastrian Theatre Organ Trust, helping to maintain two Wurlitzer theatre pipe organs. Rob worked as an electronic engineer for several years after leaving college, before starting his own business specialising in theatre organ restoration. In 2009 Rob joined Harrison and Harrison ltd primarily doing site work, tuning and voicing. After 7 very enjoyable years with them, Rob decided to start his own firm again, taking on theatre organ work as one of the few professionals in the industry with a significant insight into those instruments. In July 2020 joined Goetze and Gwynn Ltd as a director and organ builder. 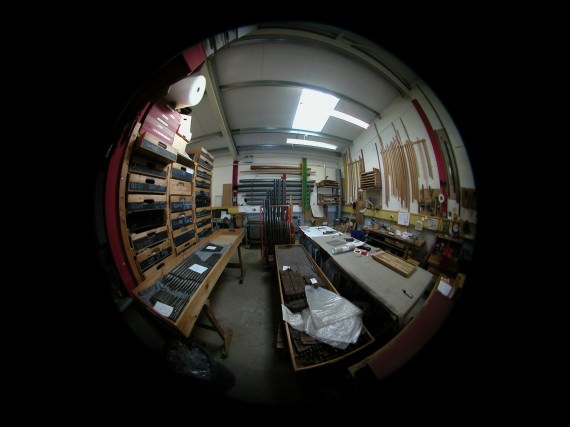 New organs: we make all the parts of the organ in our own workshop, apart from the blower. We use various woods in our organs, primarily Oak and Pine. The wood is air-dried, firstly outside for one to two years, and then in the workshop to the level of the building where the organ will eventually live. We usually use cow-bone and ebony for the keys, and we make our own metal and wooden pipes. The workshop environment is controlled for temperature and humidity, so that the organ can be made at the average temperature of its new home.

We are Business Members of the Institute of British Organbuilding, and are members of the ICON. In 1999 we were shortlisted for the Jerwood Conservation Award for our work on the 1826 Elliot organ at Belton Hall and in 2004 we were runners-up for our work on the 1829 Bishop organ at St James Bermondsey. We have worked for the National Trust, the Royal Collection and for a number of other collections and museums.

We conduct research into old organs and make it available in photocopied reports. The Harley Monographs are technical reports on organs restored or researched by ourselves. They are available for free on this website, https://www.goetzegwynn.co.uk/reports/ . We were inspired by the British Institute of Organ Studies and have contributed to its Journal, committees and meetings. We have played a full part in our professional association, the Institute of British Organbuilding, serving on its board (Martin as President 2009-13), contributing to its Journal, organizing training days, writing articles and giving talks of various kinds.