Gwendolyn Toth and Jonathan Edwardes at the concert at Pilning

Her concert included an intabulation of Clément Jannequin’s La Guerre, an account of the Battle of Marignano in which the French King Francis I was victorious over the Swiss allies of the Holy Roman Emperor. The account of the events were read for us by St Peter Pilning’s Director of Music Jonathan Edwardes (who also ‘turned’ pages on Gwen’s tablet). 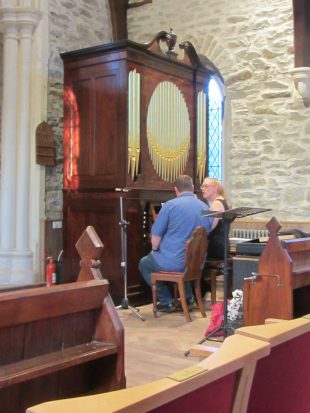