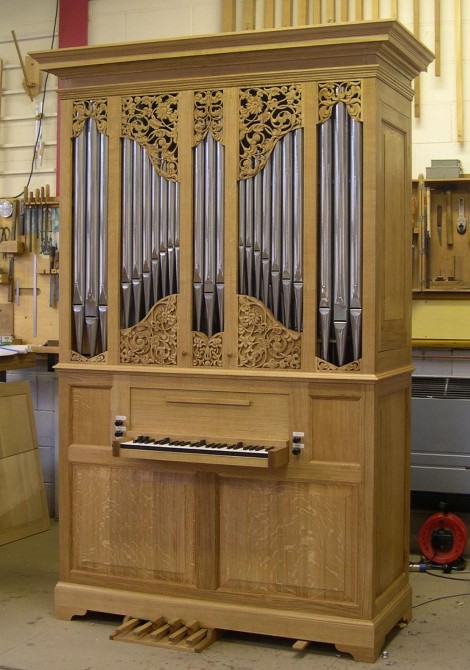 This is a 5 stop organ, with a single manual with pedal pulldowns. It is for the performance of 17th century music. The sound and some of the mechanical details are based on the organs at Wollaton Hall near Nottingham (ca1690), and at St Lawrence Whitchurch, Little Stanmore in Middlesex (1716). These organs were probably made by Gerard Smith, and represent a tradition of building small organs which stretches back through the 17th century in England.

There is a shifting movement reducing to the Stopped Diapason.

The key compass is as follows:

The pitch is A415Hz. The tuning is quarter comma meantone.