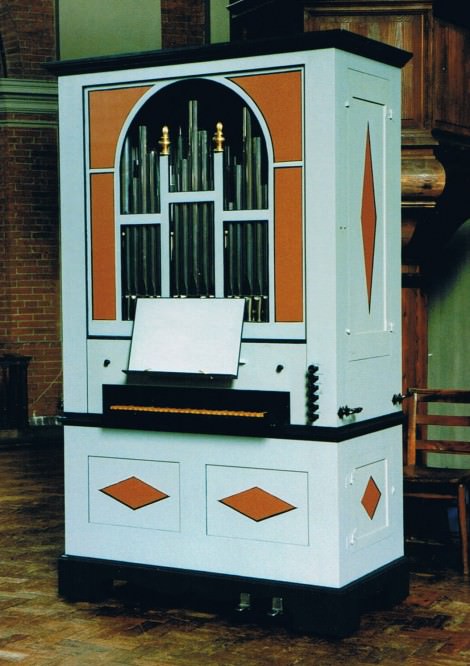 This is a new organ based on the late 17th century positive organ from Lucca, which we restored for the late Sheila Lawrence. It has been recorded on numerous occasions, mostly with His Majesty’s Sackbuts and Cornets sagbutt@mac.com

The keyboard is transposing (a¹ = 390, 415, 440 and 465Hz). The pipes are tuned with slides.
There are two foot pedals, one to bring on all the chorus stops (Tirapieno), the other to remove them, leaving the Principale.