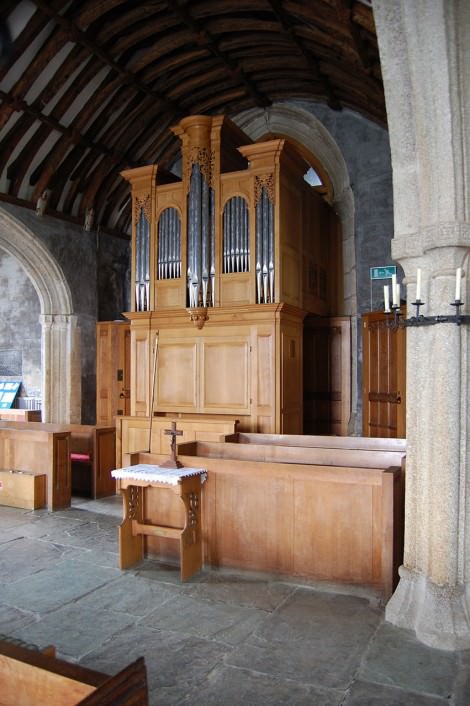 Couplers: Swell to Great Swell to Pedals Great to Pedals

The pitch is a¹=440Hz. The tuning system is one of Mark Lindley’s elegant temperaments, in which all the keys are usable, but with perceptible differences in quality between the more and less commonly used keys.

The case design is based on the 18th century West country cases of Renatus Harris and the Seedes of Bristol, with arched flats and only three of the five pipes in the central tower forming a semi-circle. The Open Diapason starts from F in the front. St Endellienta’s emblematic cow is in the middle of the central pipe shade.

The recording is available from www.goetzegwynn.co.uk  DRD 031 S Joseph Cullen plays a recital on the 2001 Goetze and Gwynn organ